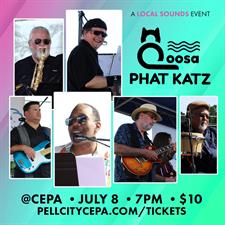 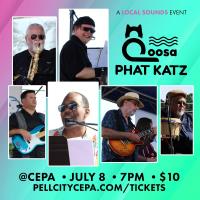 On July 8, the Center for Education and Performing Arts in Pell City is hosting a brand new musical experience for the area - The Coosa Phat Katz.

Led by drummer Sid Brown, who directed the Pell City High School Band of Gold for a decade, The Coosa Phat Katz arrived on the scene summer 2022. The nine-piece ensemble performed their first show at the Pell City Hometown Block Party.

The act features musicians from across the region who came together over their love of 1970s and 1980s soul, R&B and blues. Combining the elements of a traditional rock band with three vocalists and three horn players, the Phat Katz have a big-band sound that will fill up the CEPA auditorium.

“We want to bring excitement and variety to the St. Clair music scene,” Brown said. “This is a different type of group, and it’s unlike anything else you can experience in the area.”

Brown has been performing for more than 50 years, and for this new venture he’s brought in friends from throughout his musical journey. The group includes high school classmates and even a student who currently attends Pell City High School.

Tickets for the show are on sale now at pellcitycepa.com/tickets. 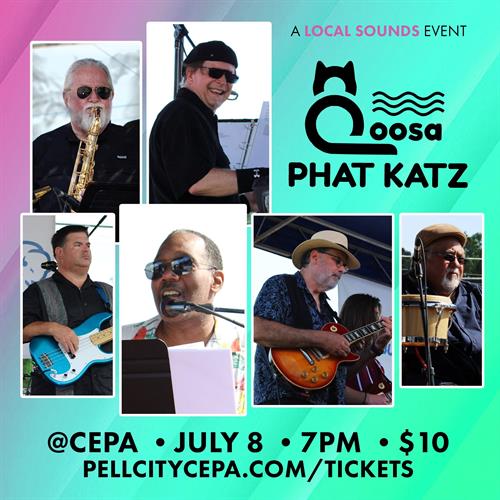